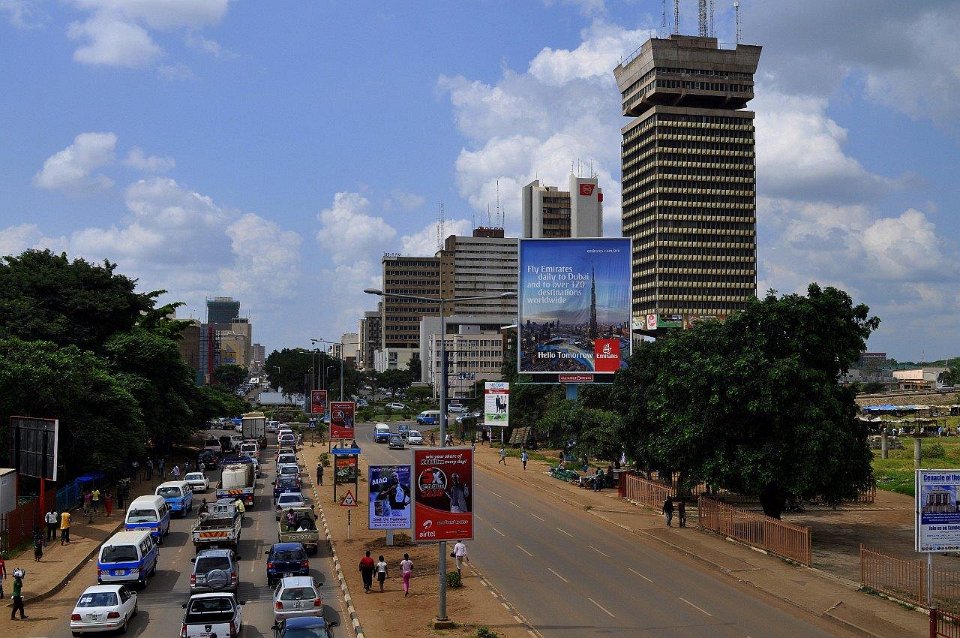 ZAMBIA has been touted as the favourite destination for investors.

In an effort to improve the business environment, Government has set out to make the country more attractive by enhancing infrastructure development.

Roads and bridges, solar and hydro power projects, hospitals, schools, water reticulation systems and other support infrastructure have been constructed and rehabilitated, thereby setting the stage for socio-economic development.
Minister of Housing and Infrastructure Ronald Chitotela says infrastructure development is an important driver of development for any country.

In the transport sector, the year 2017 has seen roads and bridges being constructed, upgraded, and rehabilitated and maintenance works being The Road Development Agency (RDA) is one arm of government that is implementing an ambitious programme called the Link Zambia 8,000 (implemented in 2012) and Pave 2,000. The Link 8,000 aims to build 8,000 km of roads in order to open up the country to further investment and development.

The project is set to cost around US$31.4 billion. More than 2,000 km of roads have been constructed so far. Zambia is a landlocked country in Central Africa and inadequate infrastructure in all key sectors is one of the country’s main hurdles.
In order to connect the country to various economic corridors in Africa and beyond, a good road network is key and this is why government through National Road Fund Agency has spent K5.3 billion on the construction of roads.

“The money was well spent because roads are key to the country’s economy. The agency is expected to fund the construction of more roads in 2018 and that the Road Development Agency will continue to construct toll gates in order to find the money to finance the rehabilitation and construction works,” Agency Board chairperson Christabel Banda says.

Among the notable roads constructed during the year is the 375 kilometre stretch from Luangwa Bridge to Mwami Border, at a cost of 168.7 million Euros.

Another massive road project during the year, whose construction commenced recently is the Great North, the 321-kilometre Lusaka-Ndola dual carriageway.

The Lusaka-Ndola dual carriageway could be one of the biggest road projects in Zambia’s history. This is so because the said road is a key panacea for the country’s socio-economic challenges, as it is an important route to and from the Democratic Republic of Congo and other Southern African Development Community (SADC) and Common Market for Eastern and Southern Africa (COMESA) countries.

Scheduled to be built at the cost of US$1.2 billion, the dual carriageway will according to plan, come with the construction of a transit hotel, a service station between Lusaka and Kabwe, and a mini city to be established between Kapiri Mposhi and Ndola.
A look at policies and frameworks put in place on the African continent makes one conclude that Zambia too is headed for the continental vision is a priority.

For infrastructure development in the energy sector, the year 2017 has seen the construction of the multinational power project called the Zambia-Tanzania-Kenya (ZTK) power interconnector.

Ministry of Energy Office for Promoting Private Power Investment manager Clement Sasa said the project on the Zambian side has made tremendous progress.

He notes that the project on the Zambian side has a funding gap of US$200 million to complete its portion. The ZTK interconnector is a high voltage power transmission line connecting Zambia, Tanzania and Kenya. The project is a Common Market for Eastern and Southern Africa (COMESA), Southern African Development Community (SADC) and East African Community (EAC) Tripartite Priority project as well as a New Partnership for Africa’s Development (NEPAD) programme under the Programme for Infrastructure Development in Africa (PIDA) and the Africa Power Vision which have been endorsed by the African Union Heads of State and Government Assembly.

Another hydropower project worthy noting in 2017 was the launch of the US$4 billion Batoka Gorge Hydro-Electric Scheme implementation process with a call to the media to help market the project to potential financiers locally and abroad.
Batoka Gorge Hydro – electricity Power Station project will be financed by both the Zambian Government and Zimbabwe.
Zambezi River Authority chief executive officer Munyaradzi Munondawafa said the project is in response to this energy crisis in the SADC region, the Governments of Zambia and Zimbabwe have embarked on the bi-lateral Batoka Gorge Hydro-Electric Scheme 54km downstream of the Victoria Falls.

The project is expected to produce 2,400 Megawatts of electricity at an estimated cost of US$4 billion.

On hospitals 2017 has seen improvement in the infrastructure in various health facilities countrywide.

Besides several other clinics and health centres that have been constructed, the mother of them all is the upgrade of Levy Mwanawasa Hospital into Levy Teaching Hospital (LTH) at a cost of US$48 million.

The upgraded facility once complete is scheduled to accommodate 3, 000 students. “Government has an on-going robust programme of constructing health facilities across the country in line with the vision of providing equitable access to cost effective, quality health care services as close to the family as possible,” President Lungu said in a speech read for him by Vice- President Inonge Wina at the ground-breaking ceremony of the expansion of phase two of the Levy Mwanawasa University Teaching Hospital.

On schools, 2017 has seen Government construct 115 new secondary schools and 220 primary schools are being upgraded.
Minister of General education Dennis Wanchinga says a good infrastructure is vital to a quality education for all.

“In all sectors, infrastructure is an essential driver of competitiveness which is critical for ensuring the effective functioning of any economy. That’s why even in the education sector, infrastructure development is priority,” Dr Wanchinga says.

In 2017, the country has seen basic reliable infrastructure coming up in terms of airports, road networks, energy generation and transmission installations and telecommunication infrastructure.

Clearly, investing in infrastructure really pays off. Because a good and quality infrastructure does not only attract investors, it also positively contribute to economic growth.

Experts say increased public infrastructure investment can have powerful effects on the macro-economy. Better infrastructure raises output in the short term by boosting demand and in the long term by raising the economy’s productive capacity.