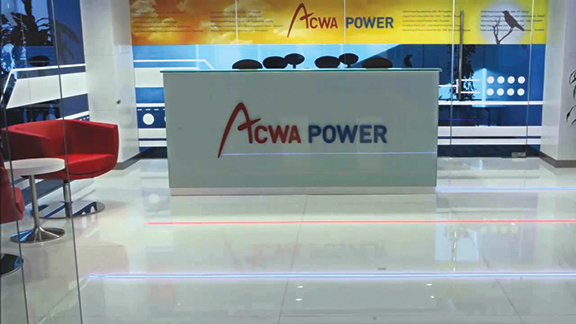 Saudi Arabia’s sovereign wealth fund is nearing an agreement to buy about a 10 percent stake in ACWA Power International ahead of an initial public offering by the Riyadh-based energy producer, according to people with knowledge of the matter.

The Public Investment Fund, known as PIF, may sign an agreement with the power plant developer in the coming days, the people said, asking not to be identified because the information is private. Talks are still ongoing and may not result in a deal, they said. It’s not immediately clear what valuation ACWA Power could get from the investment.

A spokesman for PIF declined to comment, while ACWA Power said it wasn’t in a position to comment.

The potential investment from PIF comes at a time when ACWA Power is making plans to raise more than $1 billion from an IPO, people familiar with the matter last month. The share sale would be one of the first to allow so-called Qualified Foreign Investors to participate in an IPO in the kingdom.

Saudi Arabia is stepping up efforts to turn the PIF into a global giant by giving it ownership of state-owned oil company Saudi Aramco, which is preparing for what could be the world’s biggest IPO. The PIF is also behind several large real estate developments in the kingdom, including a new city called Neom that will be built on the Red Sea Coast, an entertainment city on the edge of Riyadh and another tourism project on the Red Sea.

The fund is also an investor in some of the kingdom’s largest firms, including Saudi Telecom Co., Saudi Arabian Mining Co. and National Commercial Bank. It also took a 16.32 percent stake in Almarai Co., the country’s biggest dairy producer, last year as the government supports national companies and develops them into regional and global leaders.