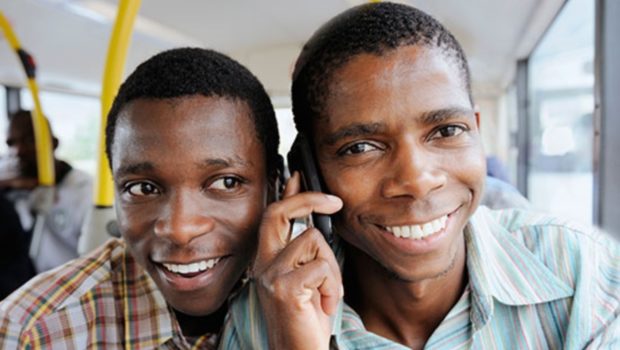 Africa’s telecoms market is in a state of flux, and some operators are seeing huge potential. Orange, for example, is to build a $50 million headquarters in Ivory Coast, and has launched in Sierra Leone.

Yet others are pulling back. Orange launched its brand in Sierra Leone after buying out Airtel, which has been on the retreat in some markets, and merged with Tigo in Ghana.

Similar differing attitudes are seen between Viettel, which is looking at a heavy Nigerian push, and Dubai Holding, which shed its stake in Tunisie Telecom.

All of this amounts to a “period of revolution” in Africa’s telecoms market, according to Lehlohonolo Mokenela, an industry analyst in Frost & Sullivan Africa’s Digital Transformation Practice. This is after more than a decade of high subscriber growth and profits, which now appears to be at an end.

“In recent years operators have begun to see the margins on their core services shrink, particularly voice and traditional messaging services as SMS and MMS, due to the growing pressure on prices,” he said.

“Despite their heavy investment in data networks, operators have only managed to capture revenue from broadband connectivity, while the over the top (OTT) players have been able to offer value-added services. More concerning for operators, is the growing number of OTT applications entering the market and actually cannibalising the revenue from voice and messaging service.”

It is this pressure on finances that has resulted in something of a rejig in the African telecoms space, and a degree of consolidation as there is little point in operators squeezing their profits even more with price wars.

Danson Njue, a research analyst at Ovum Telecoms Research, said different operators in different countries are seeing a variety of challenges and opportunities.

“Some operator groups in the region are doing really well and would want to expand their operations, while others have had it rough and may want to exit the region all together.”

He said this is happening across the continent, with the primary challenges being intense competition and increased regulatory pressures.

“There is some form of price competition in every market in the region and this somehow forces operators to lower tariffs, which has some impact on their revenues. In addition, most markets are now experiencing OTT competition,” Njue said.

These challenges require operators to find new revenue streams, which are created by expanding service and product offering. Meanwhile, Mokenela says many are also looking to expand their network coverage in rural areas, but struggle due to under-developed infrastructure, particularly roads and electricity.

“Limited access to reliable power sources and the high cost of energy remains one of the biggest challenges to expanding to rural areas. This makes the business case for investing in mobile infrastructure in rural areas less compelling. As a result, operators have therefore turned to tower companies and infrastructure sharing models in order to contain their operational costs and expand network coverage more cost-effectively,” he said.

That said, there are some key growth areas that remain on the continent. Tanzania, the Democratic Republic of Congo (DRC) and Mozambique are among them, as they have relatively large populations and low mobile penetration rates.

“Ethiopia also represents an attractive potential opportunity for operators looking for geographic expansion. However, the regulator remains unwilling to open up the market to other operators to compete with the country’s only operator, Ethio Telecom,” Mokenela said.

In response to the declining average revenue per user (ARPU), operators will be forced to build their value proposition around value-added solutions, beyond just the basic connectivity. Some of the continent’s larger operators, such as Vodacom and MTN, are already looking to bundle content-based services such as Video-on-Demand (VoD) for their subscribers.

“Another important growth opportunity in the enterprise segment is with the rise of the internet of things (IoT), particularly for the automotive, healthcare, energy and retail sector applications,” Mokenela said.