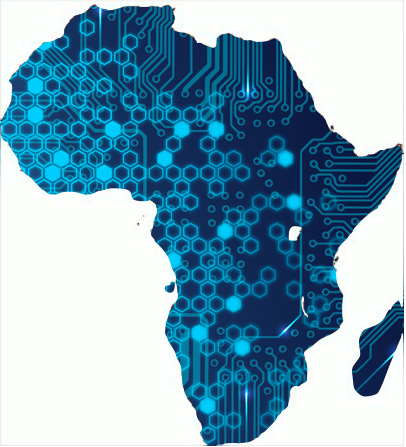 Internet penetration is creeping up in Africa, bringing the prospect of digital dividends to a continent long marked by digital divides.

“Africa has reached a penetration which has broken the barrier of 15 %, and that’s important,” says Nii Quaynor, a scientist who has played a key role in the introduction and development of the internet throughout Africa. He is known as the “father of the Internet” on the continent.

However, Africans have not developed the ability to produce enough software, applications and tools to give economies the dividends they sorely need.

The shift to low-cost submarine connections from satellite connections is less than a decade old. The new undersea fibres have led to a remarkable increase in data transmission capacity that drastically reduces transmission time and cost.

Today 16 submarine cables connect Africa to America, Europe and Asia, and international connectivity no longer presents a significant problem, reports Steve Song, founder of Village Telco, an initiative to build low-cost telephone network hardware and software. This has allowed countries to share information, both within the continent and worldwide, more directly. It has created more space for innovation, research and education.

“Networks have ended the isolation of African scientists and researchers. You now have access to information from the more developed countries, and this is changing the way people think,” says Meoli Kashorda, director of the Kenya Education Network.

Internet penetration on the continent has not kept pace with mobile phone diffusion. In 2016 only 22% of the continent’s population used the Internet, compared to a global average of 44%, according to the International Telecommunication Union (ITU), the UN agency that deals with issues concerning information and communication technologies. And only 11% of Africans could access 3G internet, which allows mobile operators to offer a high data-processing speed.

The ITU notes that the people most likely to have access to digital technology in Africa are males living in urban areas or coastal cities where undersea fibres are available.

McKinsey & Company, a global management consulting firm, estimates that if Internet access reaches the same level of penetration as mobile phones, Africa’s GDP could get a boost of up to $300 billion. Other experts concur that better access to technology could be a game changer for development and the closing of the income inequality gap in Africa.

In sub-Saharan Africa, the richest 60% are almost three times more likely to have internet access than the bottom 40%, and those in urban areas are more than twice as likely to have access as those in rural areas, according to the World Bank’s World Development Report 2016.

The World Bank’s development report of 2016 notes that digital dividends, which it describes as “broader development benefits from using these technologies” have not been evenly distributed. “For digital technologies to benefit everyone everywhere requires closing the remaining digital divide, especially in internet access,” maintains the Bank.

Businesses that incorporate digital technologies into their practices will create jobs and boost earnings, according to the African Development Bank (AfDB). The bank reported in 2016 that two million jobs will be created in the ICT sector in Africa by 2021. Analyst programmers, computer network professionals, and database and system administrators will find jobs in the sector.

Although the World Bank paints a less rosy picture for digital dividends in Africa, the potential for millions of jobs in the sector is encouraging news for the continent’s youths, who make up 60% of Africa’s unemployed and are jobless at a rate double that of adults. Youths can easily take advantage of the jobs that digital revolution brings, says Bitange Ndemo, a former permanent secretary in Kenya’s ministry of information and Communication.

On the bright side, as mobile Internet access expands, so will the Internet’s potential to narrow the continent’s education gap. E-learning continues to grow due to its affordability and accessibility. In fact, IMARC Group, a market research company with offices in India, the UK and the US, reported earlier in 2017 that the e-learning market in Africa will be worth $1.4 billion by 2022. It will improve the education level of Africa’s workforce that will contribute positively to the continent’s economies.

Eneza Education, for example, a Kenya-based learning platform, surpassed one million users in 2016. The platform allows users to access learning materials using various devices. They can access courses and quizzes via text messages for only 10 Kenyan shillings ($.10) per week. Eneza caters to students and teachers in rural areas where opportunities are limited.

Also, Samsung’s Smart Schools initiative equips schools around the world with tablets, PCs and other devices, and builds solar-powered schools in rural areas. Currently 78 Smart Schools are operating in 10 African nations, including Ethiopia, Ghana, Kenya and Uganda. The company’s strategy is to encourage underprivileged students to use digital devices.

With women 50% less likely to use the internet than men, some organisations are now making efforts to attract women to the digital world. Digital technologies can provide opportunities for women in the informal job market by connecting them to employment opportunities.

High digital penetration is good, but good governance, a healthy business climate, education and health, also known as “analogue complements,” will ensure a solid foundation for adopting digital technologies and more effectively addressing inequalities, advises the World Bank. Even with increased digital adoption, the Bank says, countries neglecting analogue complements will not experience a boost in productivity or a reduction in inequality.

“Not making the necessary reforms means falling farther behind those that do, while investing in both technology and its complements is the key to digital transformation,” notes Bouthenia Guermazi, ICT practice manager at the World Bank.

Yet digital migration is receiving pushback from obsolete analogue operators who are concerned about the risks of digitizing. Automation poses a threat to those whose jobs can be done by cheaper and more efficient machines, a phenomenon that primarily affects already disadvantaged groups. For example, many banks and insurance companies have automated customer services.

The United Nations has set the goal of connecting all the world’s inhabitants with affordable, high-speed internet by 2020. Likewise, the African Union launched a 10-year mission in 2014 to encourage countries to transition to innovation-led, knowledge-based economies. This mission is part of its ambitious Agenda 2063, aimed at transforming the continent’s socioeconomic and political fortunes.

Rwanda is leading the charge via its Vision 2020 programme, which aims at developing the country into a knowledge-based middle-income country by 2020. Earlier this year, Rwanda rolled out its Digital Ambassadors Programme, which will hire and train about 5,000 youths to teach digital skills to five million people in the rural areas.

Unfortunately, digitization ranks low on the priority lists of many developing countries. And according to a recent report by the UN Conference on Trade and Development (UNCTAD), productivity gains from digitalization may accrue mainly to those already wealthy and skilled, which is typical in internet platform-based economies, where network effects (additional value for service as more people use it) benefit first movers and standard setters.

In the Organisation for Economic Co-operation and Development countries, an intergovernmental economic organization of 35 countries, where the digital economy has evolved the most, growing use of ICT has been accompanied by an increasing income gap between rich and poor.

The UNCTAD report also states that developing the right ICT policies depends on countries’ readiness to engage in and benefit from the digital economy, but the least-developed countries are the least prepared. To ensure that more people and enterprises in developing countries have the capacity to participate effectively, the international community will need to expand its support.

Ms. Guermazi urges leaders to develop a comprehensive approach to transforming their countries rather than rely on ad hoc initiatives.

“Digital dividends are within reach,” Ms. Guermazi insists. “The outlook for the future is bright.”