The City of Cape Town together with the South African National Road Agency Limited (SANRAL) are overseeing the reconstruction of Broadway Boulevard road, a widely used section of road in Somerset West.

The task is being contacted in a phased approach in order to minimize disruption to the traffic flow and to keep congestion as low as possible. Phase 1 of the project, which includes widening and upgrading works, has already started and it was scheduled for January this year up to June next year.

Phase 2 is set to begin in January 2020 to February the same year then afterwards, phase three shall pick up from February until July 2020. Construction work will stretch from Beach Road through the De Beers (R44/N2) Interchange with night work taking place on the intersection between March and July 2020.

The upgrades involves additional lanes in both directions, construction of a 2 m wide sidewalk and two 2.5 m wide bridges over the N2 overpass for pedestrians and cyclists.

The existing street lighting will also receive an upgrade and additional lighting will be added while the existing lampposts will be refitted with LED lamps. The works will as well comprise the construction, modification and extension of existing storm water infrastructure.

The intersections and traffic signals at Beach Road, De Beers Avenue, Old Paardevlei Road and the N2 on- and off-ramps will be upgraded. The intersection upgrades will take place at night over a few weekends from March 2020 in order to minimize the negative impact on traffic.

Broadway Boulevard carries significant volumes of traffic. For this reason the current number of lanes will remain operational during the construction period. However Temporary road closures may be called for and traffic redirected due to unforeseen circumstances.

JEDDAH — The Islamic Corporation for the Development of the Private Sector (ICD), the private sector arm of the... read more 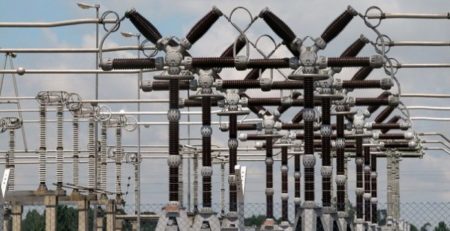