Global powerhouse, Siemens is set to invest in power production in Tanzania as it seeks to boost the goals of the country as far as energy is concerned. The German conglomerate has been a great pillar in the field of energy, improving Tanzania’s neighbor Uganda on the same.

Tanzania is set to receive a boosting investment from the the largest industrial manufacturing company in Europe, putting three-quarter of its efforts in the natural gas. The two parties hope to bring a total of 1,000 megawatts, where the country will use 800 from natural gas.

Natural resources have revolutionized the industry, edging out other alternatives of power source. Siemens is coming as a 100% financier in the project, according to reports. Siemens is ready for the task having recorded a success of other projects it has done in other countries.

Power supply system is an important aspect in any economy to set factories and companies up and running effectively and efficiently. The South Africa firm understands the challenges faced in the field, with extensive and reliable power supply being a major barrier in the growth of businesses.

The energy sector drives the economy and more investment will be needed for Tanzania to have a competitive economy. It is a prerequisite for the industrialization drive in the near future. Siemens is believed to be involved with other engineering projects in the country.

Long-term energy ambitions in Uganda have been aided by the firm, making positive steps with the Ugandan government. Electricity in Uganda, like other countries has hampered growth and development making other investors shy off from establishing major factories, especially in the rural areas.

The opportunity will bring in employment chances as well to the rapidly growing population, creating sustainable streams of revenue, better technology and encourage innovation at national level.

The Nakuru County government in Kenya has set aside US $10m for a major renovation of Afraha Stadium. Acting... read more 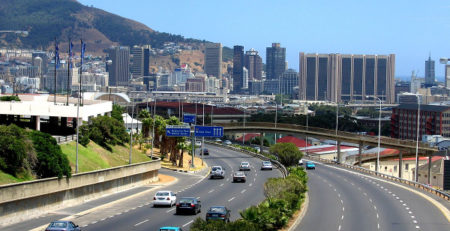 Rwanda’s Integrated Polytechnic Regional Centre to get US $16m facelift