An innovative multi-million-dollar programme in Kenya seeks to connect 14,000 households and businesses to green mini-grids by the end of 2018.

The programme dubbed the Green Mini Grid (GMG) Facility Kenya aims to achieve this through scaling up private utilities delivering renewable electricity to rural communities. It is based on results-based financing and could be a model for other sub-Saharan countries dealing with energy poverty.

This initiative is the brainchild of the UK’s Department for International Development (DFID), recently provided funds to three private utilities namely; RVE.SOL, PowerGen Renewable Energy and Powerhive to build sites in dozens of villages located in four counties in the western part of the country. According to the companies, total grants allocated for the projects amount to about €5.2 million ($6 million).

The International Energy Agency (IEA) says mini-grids and other distributed solutions are the least-cost option for electrifying more than 70% of the 1 billion people in the world still without access to electricity, two-thirds of whom live in sub-Saharan Africa.

Aside from electrifying homes, one of the main value propositions of mini-grids is that they can serve a wide range of small industry, from milling, carpentry, welding and poultry incubation, to commercial businesses such as hairdressers, hotels and restaurants, as well as public street lights, health clinics and schools. Read more: Power Africa Uganda Accelerator signs MoU to boost solar energy access

But despite the fact that mini-grids are much quicker to deploy (taking just weeks), and more affordable to build than extending the main grid, the industry has been slower to take off than the household solar market in Africa, in part because mini-grids are built to last 20-25 years and require larger upfront capital investment.

“We wanted to provide grants to make sure companies are financed for long-term sustainability. I believe we’re at the tipping point now.”

The facility is also providing technical support to other developers such as Renewvia and African Solar Designs, grooming them for possible funding in the future, DeMucci said, noting that on top of the initial DFID funding, additional funding had been secured from the European Union (EU), which provides support to extend the facility and accommodate a new call for proposals later in 2018.

RVE.SOL’s managing director Vivian Vendeirinho, echoed the importance of the facility: “It is both catalytic and critical. The mini-grid sector is still nascent, and the level of understanding from the financial sector is very limited. We need grants to lower capital costs and scale so we can ultimately offer a higher return that can attract commercial project debt.”

“This programme is helping the mini-grid sector to scale to thousands of grids and make a significant impact on people in Kenya and beyond,” said Rik Wuts, co-founder of Powerhive, the first company to secure facility funding and deploy grids on the ground.

DFID and the EU financed the facility in order to support green mini-grid development and support the Kenyan National Electrification mission to provide power to all Kenyans by 2020.

The Agence Française de Developpement (AFD) is implementing the programme, and has contracted Innovation Energie Développement (IED) in association with Practical Action Consulting and I-DEV, to manage day-to-day operations.

Besides straight investment grants, the Kenya initiative centres around a mechanism called results-based financing (RBF), which provides a grant for each verified connection, and other milestones such as equipment purchase. Kenya has the potential of serving as a case study for a wider RBF roll-out in Africa.

The African Development Bank is now in the process of developing a continent-wide RBF facility. A recent $100 million dollar loan from the World Bank to Nigeria for rural electrification will also include an RBF component, with the goal of developing 10,000 mini-grids by 2023.

“The Green Mini Grid facility in Kenya has done the work of laying a foundation for micro-grid financing,” said Sam Slaughter, CEO of PowerGen. “What’s critical now is for governments, together with the private sector and existing and new funders, to build on Kenya’s success so that we can solve the electrification challenge across Africa.” 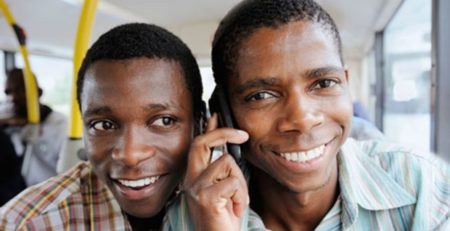 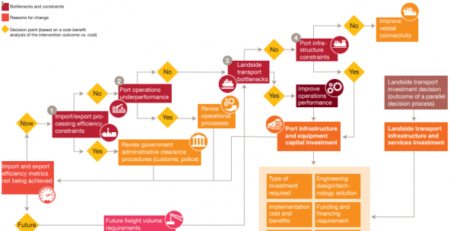